How a Plumber Can Help You after a Flood 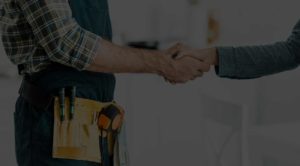 If your home has flooded, your first concern is creating a safe environment. Stop the source of the flood, if possible.  During and after the flood, keep children and pets out of the affected area. Once the flood is under control, remove all of the furniture and other items affected by the floodwaters.

Flood water is dirty water and as it recedes, it leaves behind a residue that can clog drains. If flood water covered a drain, you’ll want to have it checked for residue. This residue is easily removed and clogs are usually simple to undo, as long as you deal with them shortly after the flood. Waiting can result in the further buildup and make the clog worse.

Pipes can be cracked or broken during a flood, especially if it was caused by a violent natural disaster, such as a hurricane. Unfortunately, small cracks can be difficult to identify until the problem worsens and you end up with another flood. A professional plumbing inspection can find small cracks and other damage to pipes and deal with the issue before it develops into a larger problem.

Underground pipes can also be affected by floodwaters because they are buried beneath over-saturated soil. It’s common for water and waste lines to be affected by a serious flood. In the days and weeks after the incident, watch for sinkholes that could indicate a collapsed pipe near your home.

Once your inspection is complete, you’ll want to thoroughly clean everything touched by floodwaters. Many people choose to replace their plumbing fixtures and anything else affected by floodwaters, even if these items are repairable.

Dealing with a flood and its aftermath can feel overwhelming. It helps to have the support of a professional who knows what to look for and who can help you avoid future problems.

A bit confusing that they take credit cards at the farm store, but not for the...

Came here with a friend to pick our own flowers and an awesome time at Parlee Farms! As you walk in, it may get a bit confusing to navigate everything, but...

Had a great experience here this past weekend. Prices our very reasonable for most things and all of the staff were very pleasant and helpful. We picked...